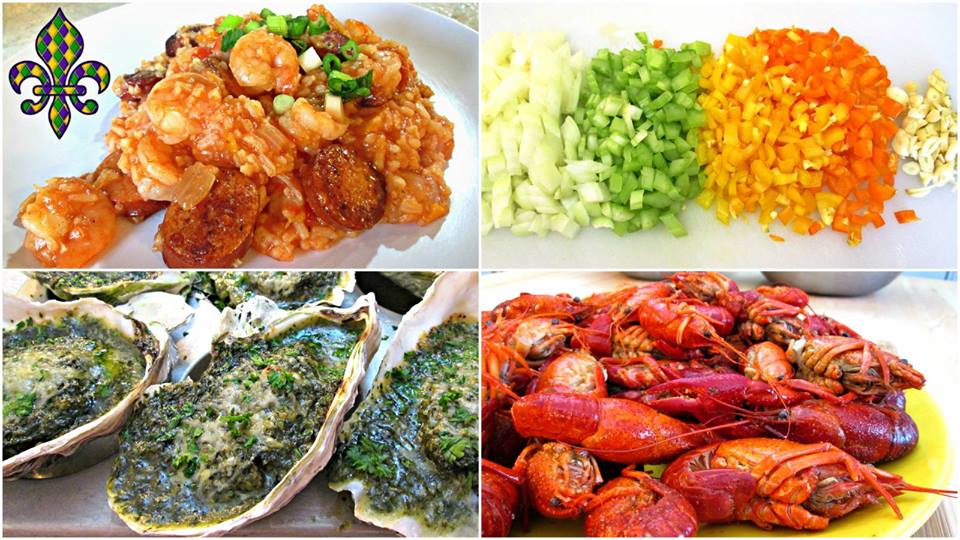 The Best recipes for Mardi Gras

We have been to many Mardi Gras celebrations in our travels. My husband went to a crawfish festival in Gillette WY before I started joining him on the road. He was out there building our nations biggest Power plant. I was so jealous that he got to go without me a few months later I decided that I was going to start traveling with him. That same year we attended a Mardi Gras Festival in the streets of Deadwood South Dakota. It was so much fun but none of this compared to the southern experience of Mardi Gras that we were able to be a part of when we were working in SETX building one of our nations biggest fuel refineries.

With this recipe PMGK had me at Crawfish. Add in one of his amazing sauces and you are in for a real treat. I’ve been calling him the sauce man for years. He knows his sauces and with this dish he has taken traditional Etouffee to the next level. If you don’t already know what I mean you need to make this recipe for Mardi Gras. You’ll soon be calling him the sauce man too.

Bourbon Chicken is a dish named after Bourbon Street in New Orleans, Louisiana and for the bourbon whiskey ingredient. The dish is commonly found at Cajun style and Chinese restaurants. When we were living in the south we ventured into Louisiana a few times. For some good food and some gambling. The horse races and the buffets were a few of our must haves. Southern food is like nothing else and the people are such a breath of fresh air. Plus, it was only 20 minutes from where we were living so we couldn’t pass up the experience.

What I love about Jambalaya is that you can just throw all the ingredients in one pot and it comes out with such a great flavor and ready to dish up. It’s so simple anyone can make this recipe. Plus, sausage and shrimp all in one dish. Whoever came up with this idea is a genius.

My favorite thing about Oysters besides eating them, of course, is shucking them. I’ll admit I was intimidated when I was helping PMGK shuck these for the video but after the first two, I felt like a pro. I’ll never be even half the cook he is but he really makes it seem so easy. When I’m in the kitchen with him I feel empowered like I can make any dish. When you’re done preparing a recipe like his Oysters Rockefeller you’ll wonder how you managed to pull off making something so fabulous. Your guest will also be in awe.

We Chose this Crawfish video for the top five for a few reasons. It’s our newest crawfish video and most people don’t have access to live crawfish. We really do recommend getting them live if you can. The experience is what it’s all about. Just watch my daughter and husband in this video it’s priceless. We’ve had some really good times showing the little ones how to prepare live crawfish. We have caught them ourselves in the gulf coast and we’ve been able to buy them live at amazing deals. Once we got such a good deal on a bag that was way more crawfish than we needed. We made half the bag and used my resources from my side business to sell the rest. We had them in the bath tub to keep them alive until the person came to pick them up but they were such a good deal they were sold within the hour. This is what PMGK is all about. Using what you have to make cooking and eating not only a Gourmet experience but also a fun one.

Are you ready for your Mardi Gras party?

If we’ve helped you decide what you’re going to make for your celebrations then we’ve done our job. If you’re still undecided I’d like to make just one more suggestion that didn’t make the list. Boudin. I tried it for the first time when we were in the south and I fell in love. It has such a unique flavor that you just can’t find anywhere else. To me it’s not Mardi Gras without it.