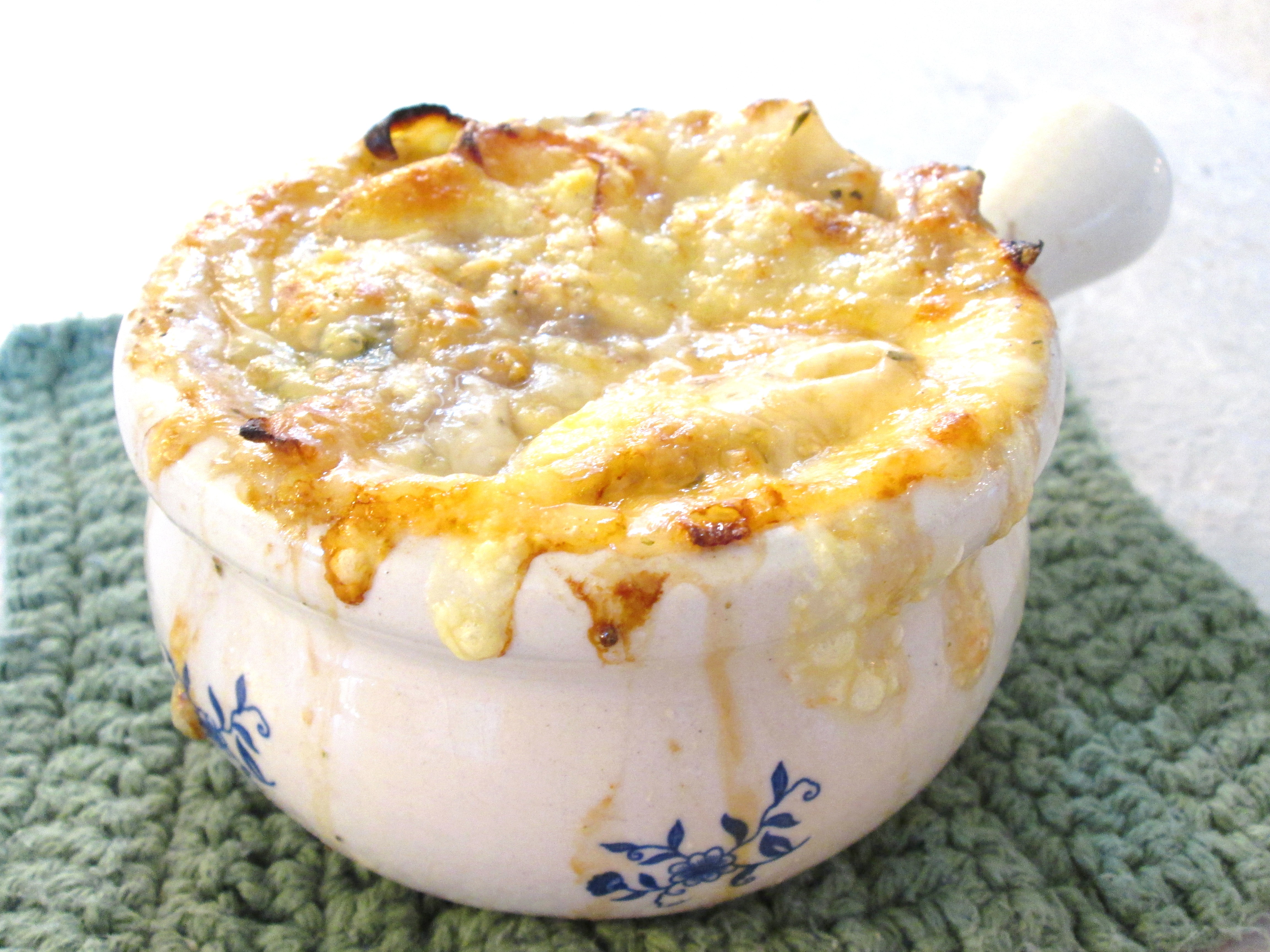 This French Onion Soup recipe has Five Different Onions that make the flavor truly unique.  Recipes use different onions for different desired effects.  Specific colors, for example, derive a bitter or sweet taste and some more bold than others.  Generally, the desired onion, represents the flavor you what to be hitting to balance out the other ingredients.  So, by combining all of the above, I’m taking this French Onion Soup to a whole new level. Caramelizing the Onions is where most of the magic happens when you’re making French Onion Soup.  So it’s very Critical that you take this seriously.  Don’t saute only, to save time, because it won’t turn out the same.  Spend a good 20 to 30 minutes to really develop the flavor you would expect from any restaurant that serves a good French Onion Soup.  Also, when it comes to the broth, don’t be to picky with it.  I mean, it should taste good but I’ve made this soup dozens of times just using Beef Bouillon.  I have found that Knorr makes one of the better, cheaper bouillon’s out there because it’s smooth and it isn’t too salty.

Another thing you want to be careful with is the wine.  Adding to much will kill this soup off in seconds.  The wine takes the soup to a whole new level but use it sparingly.    If you follow this advice, you’ll treat your pallet to a little piece of heaven.

Heat the Beef Broth in a Soup Pan and add the Bay Leaves, Thyme and Red Wine.  In a Skillet, saute the Onions in the melted butter and add the sugar for caramelizing, approximately 20 minutes.  Then add the Onions to the broth and Simmer for another 10 to 20 minutes. Place the Texas Garlic Toast in the oven at 425 degrees at bake until the bread is crispy and toasted through and through like Croutons.  Grade the Swiss Gruyere and remove Bay leaves from the French Onion Soup.  Add one Crouton to a bowl and Ladle the soup over the bread, then add the Gruyere over the top. Place the French Onion Soup in the oven, under a high broil, for just a few minutes, until the cheese melts and bubbles with a nice golden brown tint, then serve.