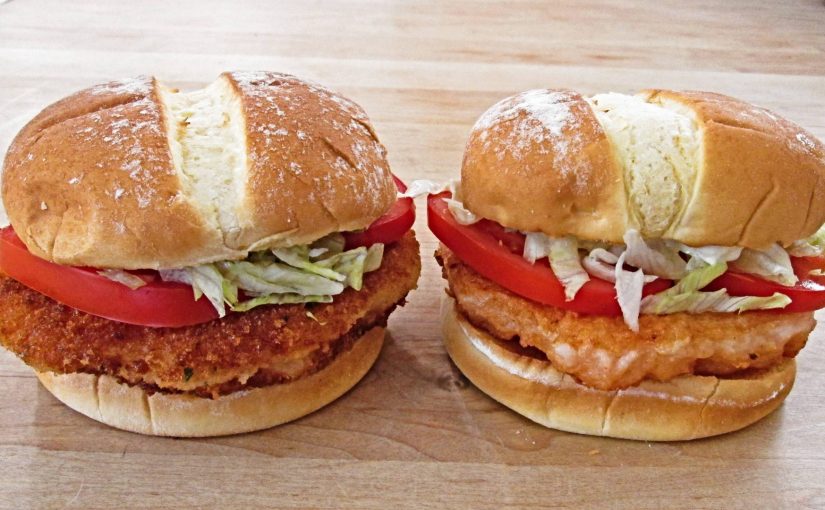 If you love shrimp and you’ve been craving big bites of it, through and through, this Shrimp Burger Recipe is for you. I show you how to make shrimp patties that have about a 1/2 pound of meat, in each one, and are 3/4 of an inch thick, once they’re cooked. I show you how to make two different styles of shrimp burgers, too; regular and/or extra crispy.

The regular Shrimp Burger is my wife’s favorite because it has more of a grilled chicken style texture to the shrimp patty, even though it isn’t actually grilled. It is made with a ground and seasoned patty with out the seasoned deep fried crispy crust around the outside and it’s delicious. It can be grilled, though, if you prefer it that way, as long as it holds it’s integrity, once it’s removed from the freezer, the patties grill just fine.

Personally, I do prefer the extra crispy Shrimp Burger because it’s got a pan fried, seasoned panko crust, just like fried shrimp should have. I had just a few other simple ingredients to the burger, including a few condiments you may or may not want to add but, I’m telling you, you should give this a try before you change up anything.

Just follow the instructions in the Shrimp Burger style Po’ Boy Sandwich video tutorial and I’ll show you exactly how to make this burger. 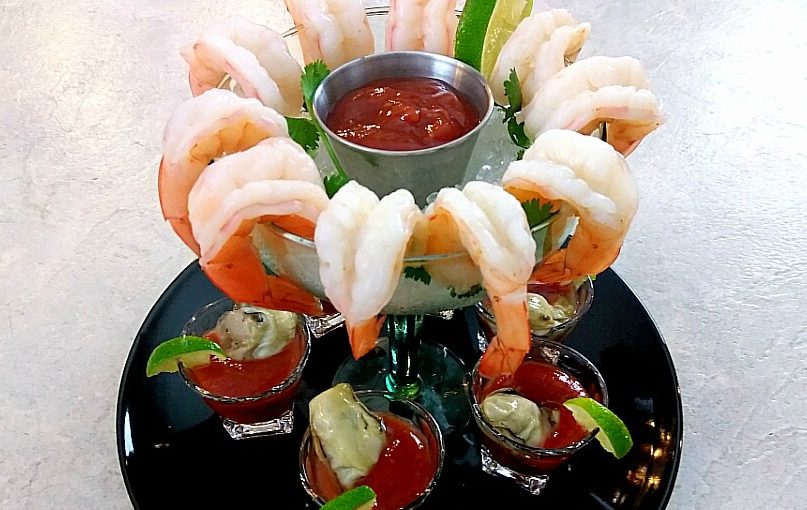 In my opinion, Shrimp Cocktail is only as good as the seasoning.  Technically the shrimp only need to be steamed or boiled in water but without salt or a good Crab Boil seasoning, the prawns aren’t going to have that much flavor.  So, I highly suggest adding flavor to the water that soaks into the shrimp as it cooks.  Even Bouillon or a good stock would be perfect.  I also show you how to make Cocktail sauce.  I know that it seams like a no-brainer but there are several different ways to make it and I show you 3 different versions in this recipe.  First, the basic recipe, then I show you a more diverse recipe and, finally, the Bloody-Rita style Cocktail sauce recipe for the Oyster Shots. Originally, I just wanted to film a good Cocktail Sauce video recipe and post that to the blog.  But, after more thought and deliberation, I realized I needed to combine that recipe with a couple of popular appetizers that go great with Cocktail sauce.  So, in truth, you’re getting a 3 in 1 special and I decided that Oyster Shots and Shrimp Cocktail were the two recipes I wanted to share the most.

I’ve got such good memories of the few occasions that I ordered Oyster Shots.  It’s only appropriate that I share my favorite recipe.  The best version I tried was served with Tequila, which I have since realized is a Bloody-Rita style Cocktail Sauce.

Much like a Bloody Mary Cocktail, a Bloody-Rita is served with Tequila instead of Vodka and usually garnished with Lime.  Margarita’s have been one of my go to drinks and I love a good Bloody Mary, plus I’m a big Oyster fan.  So, needless to say, I fell in love with this Oyster Shot recipe the moment it was served and I ordered another round.

The Cocktail Sauce recipe I listed in the ingredients below is a hyped up version of the very basic recipe; ketchup, horseradish and lemon juice.  It’s great with the Shrimp Cocktail but it’s even better for the Oyster Shots because it’s got everything you need to take it to the next level.  Just add the Tequila and Lime and you’re on your way.  Just be sure to use fresh Oysters and not bottled, canned or smoked oysters.  And, I highly recommend you purchase the smallest Oysters you can find.  If you need a tutorial on shucking Oysters, I’ve got a great step by step guide in my Oysters Rockefeller Video Recipe.

Be sure to follow the instructions in the short Shrimp Cocktail and Oyster Shots video recipe tutorial. 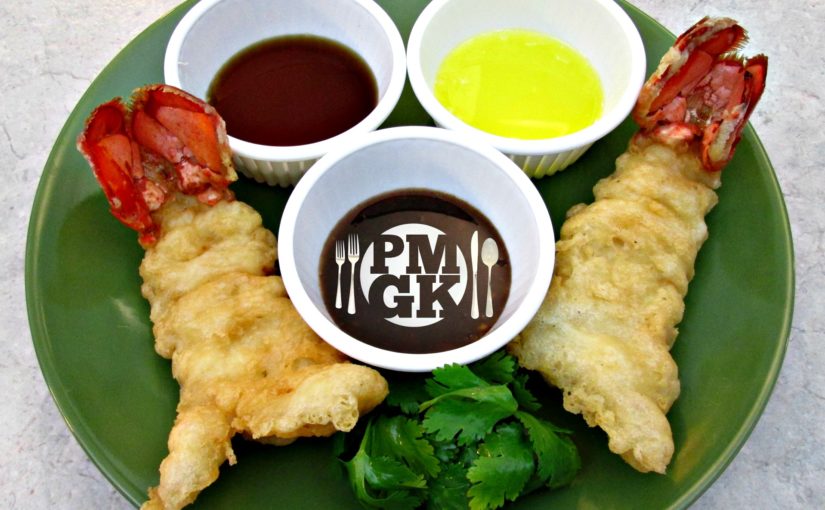 If you thought Shrimp Tempura was good, you’re going to go out of your mind with this Lobster Tails recipe.  Especially if you your a fan of good Tempura because you’ve got the best of both worlds right here.  As you may or may not know, Prawns and Lobsters are in the same crustacean family, only Lobster’s are generally much larger.  So, from my perspective, bigger is better and I show you how to make Perfect Tempura Batter, in one of my older posts, and take you straight to one of the best appetizers ever invented. What size Lobster Tails to use

I’ve been seeing 4 to 6 oz Lobster Tails on sale in just about every grocery store that has a seafood department for only about $5 bucks a piece, lately.  So you really can’t go wrong with that kind of deal if you want to give this a try sometime.  Really you can use just about any size you want.  You’ll just have to adjust the cooking time if you get any thicker than what I’m recommending here for this Tempura recipe.  Just be sure you buy enough Lobster Tails because these things are so delicious and they go down fast.

2 Lobster tails, pealed and de-veined
Pinch of Salt to taste
Oil for frying

Cook and submerge your Tempura Lobsters in Oil for approximately 5 minutes at 375 degrees Fahrenheit.