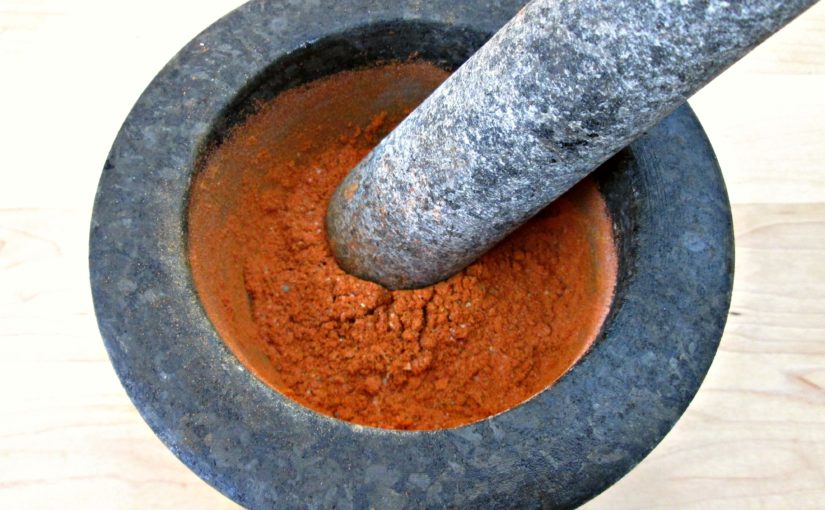 One of the best seasonings that I would recommend to anyone the loves southern food with lot’s of flavor is this Blackened Seasoning. It falls right between Cajun Seasoning and Creole, just not as spicy as Cajun or as Salty as Creole but a nice balance of dried herbs with all of the other common ingredients like paprika, onion, garlic and pepper. It goes great on meats like chicken or barbecued pork ribs, it’s amazing on fish and shrimp and I’ve also created some amazing pasta recipes with this seasoning as well. This recipe is what I used for seasoning in my last video recipe, “Ribeye Chicken Fried Steak“, and I promised that I would show you how to make your own today.

If I’m completely honest about my Blackened Seasoning recipe, I don’t make it exactly the way I tell you in the video or in the ingredients below. The ingredients I list down below make a phenomenal seasoning but it’s not exactly what I do. For example, instead of sea salt, which is great, I use Himalayan Salt because my mother in law gave me a ton of it for Christmas. Instead of just using dried Thyme, I use Italian Seasoning which adds 4 more earthy ingredients including Basil. Some folks add Basil to their Blackened Seasoning anyway so why not throw in Rosemary and marjoram, too. It already has the Oregano.