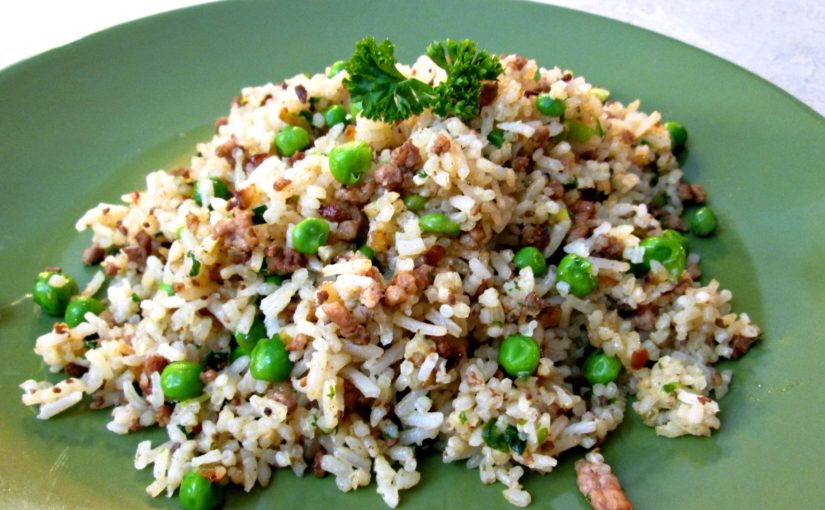 The Best Dirty Rice, Ever!

I just can’t say enough about this Dirty Rice recipe.  I’m telling you, truly, it’s the best version I’ve ever had and I’m not just saying that because it’s my recipe.  My wife and I just kept going back for seconds, thirds and fourths.  Okay, there was nothing left when we got done eating and my kids loved it too.  Now that’s saying something because this recipe has liver in it.  It’s true, I designed this recipe to be more family friendly and than the traditional spicy recipes but don’t let that steer you away from trying it.  Some chopped peppers and a dash of Cayenne will quickly put you back in business, if you like it hot, and I guarantee this recipe will be at the top of your list of rice recipes, from here on out. Most Dirty Rice recipes have a kick to them.  This means peppers and spice.  I avoid both in this version for several reasons.  First, because it makes it more family friendly and, second, because it can easily be added to this recipe, with out changing a thing, if you prefer it.  And, third, this version is absolutely amazing.

I mentioned before that I don’t use peppers in this recipe.  I add sweet peas instead and as an alternative to using Old Bay or something even spicier, like “Slap Ya Mama”, I use Knorr Beef Bouillon.  Now that’s not to say that any beef bouillon will work, because I’m not sure that it will.  I just know that Knorr is uniquely seasoned and balanced to make this Dirty Rice perfect.  In my opinion, it’s a lot like Ramen Noodle season packs or the seasoning pack found in a box of Rice-A-Roni.  So know that I’m not advertising for Knorr, I just know that it just works wonders in this dish.

Also, be sure to check out my Cajun Stuffed Peppers, my Jambalaya and both my How to make Boudin and my Boudin Balls recipes.

Be sure to watch the short video tutorial for this Dirty Rice recipe and I’ll show you exactly how to make it. 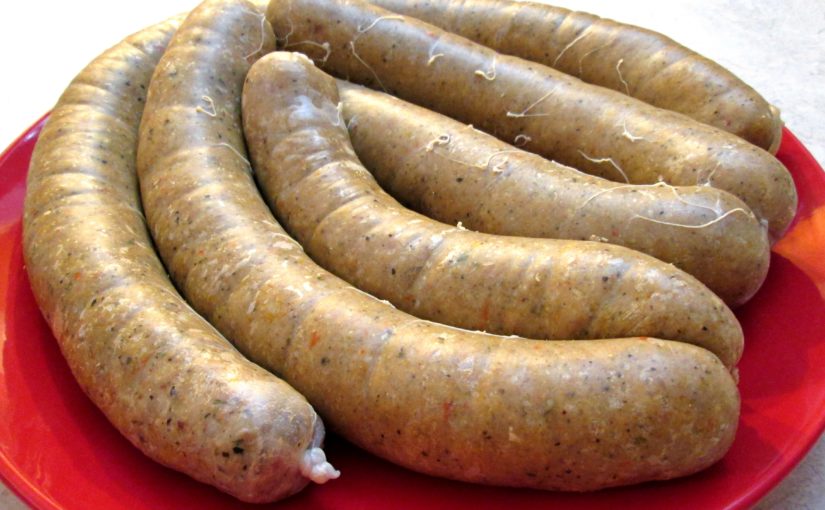 If you love Cajun recipes then you’re going to love Boudin.  And this recipe is by far the best I’ve ever had and I’m not just saying that, either.  I’m telling you that this is hands down 1st place, blue ribbon material right here.  This recipe could easily compete with Dj’s, Zummo’s or your grandma and grandpa’s recipe, it’s that good! Once you’ve cooked the bulk of this recipe it can be served as is, turned into sausage links or rolled into Boudin Balls and deep fried.  The majority of the ingredients is virtually the same for all 3 recipes, only one is served as a dressing, one get’s stuffed like sausage and the other gets dipped in an egg wash and breaded before they’re fried.  They are all delicious and fun to make but today we’re going to focus on stuffing hog casings to create Links that can be smoked, grilled, baked or pan fried. In order to stuff the casings, however, you’re going to need a mixer with a meat grinder and horn attachments to form the links.  Another thing you’re going to need, obviously, is the casings themselves.  You can purchase Hog, Lamb or edible artificial casings from your local butcher or order them online.  I was fortunate enough to find Hog Casings, here locally, at my Harmon’s Grocery store.  They matched the bone marrow price in the meat department, which ran about $1.29 per pound, and 1 lbs. of these Hog casings goes a long way.  Plus they store in your refrigerator for up to six months if you keep them soaking in salt water.

Remember that Mardi Gras is in full swing, starting today(Fat Tuesday), so be sure to check out Crawfish Etouffee and my Homemade Jambalaya recipes.

Use Hog, Lamb or Artificial Casings for Stuffing the Boudin.