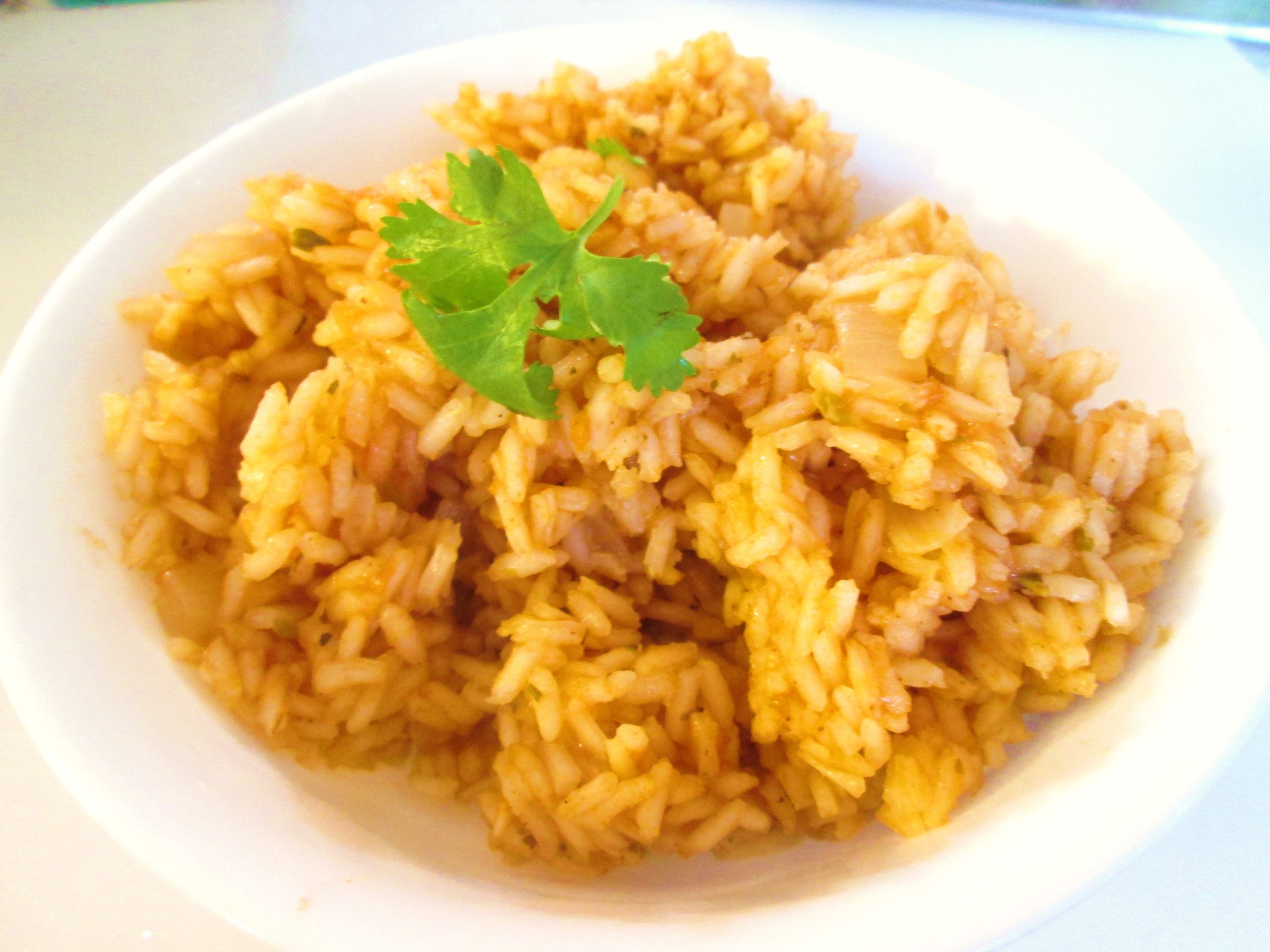 Spanish Rice is loved, it’s adored yet often underrated.  I remember asking some idiot once how he made his Spanish Rice and his answer was ridiculous.  But, first let me tell you why I asked him and how I came to the conclusion he was an idiot.  This guy was a coworker and there were a lot of other employees that came in Monday mornings, always raving about his weekend barbecues.  Oh, and I should probably mention that he’s Mexican.  Anyway, that and the fact that he “Apparently” cooked all the time, this convinced me that he was probably the man to talk to about his recipe for Spanish Rice.  His answer was, “Tomatoes and Seasoned Salt”!  So long story short, that’s when I decided he was an idiot because his answer was just ridiculous. So all B.S. aside, here’s what you really need to know about Spanish rice.  Rice needs to be constituted, and much like pasta, the water going into it should be seasoned.  The reason is, most of the flavor found in Spanish Rice is absorbed into the rice itself.  So it’s important that all the liquid going into the pot, be exactly how you want your rice to taste in the end.  It’s that simple.  Yes it needs to be a tomato base but it should have some spice and a little bit of a kick.  That’s why I use my salsa recipe.  CLICK HERE if you want that.  but you don’t want to water down the flavor by topping it off with water.  That’s why you should use Chicken Stock, or chicken Bouillon.  I use Knorr!

Rinse your rice with water 3 times before cooking.  Add 2 tbsp of oil to a hot pan and saute the onion.  Next add the rice and stir frequently until you lightly brown the rice.  Add your Salsa and Chicken Stock, bring to a boil and cover with a lid and turn the heat down to a simmer for 20 minutes.  Then serve.  If you like a more flavorful rice, I highly recommend trading out one cup of chicken stock and adding one more cup of salsa instead.  Enjoy your Spanish Rice!