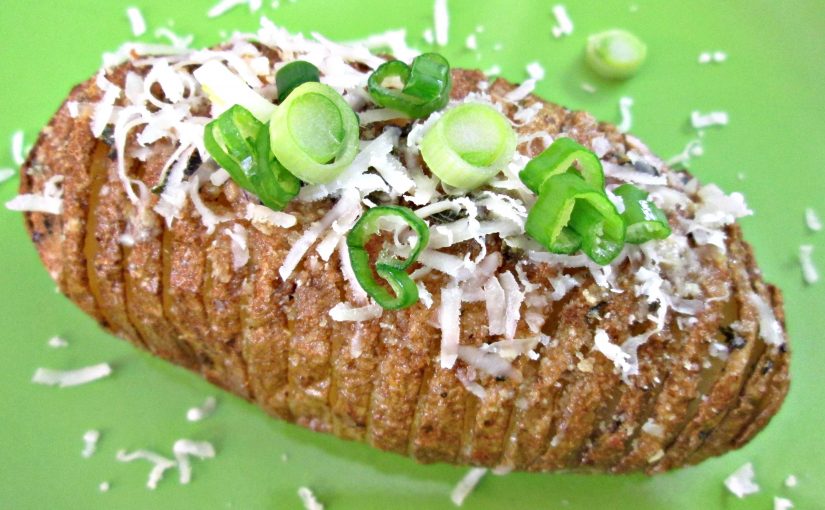 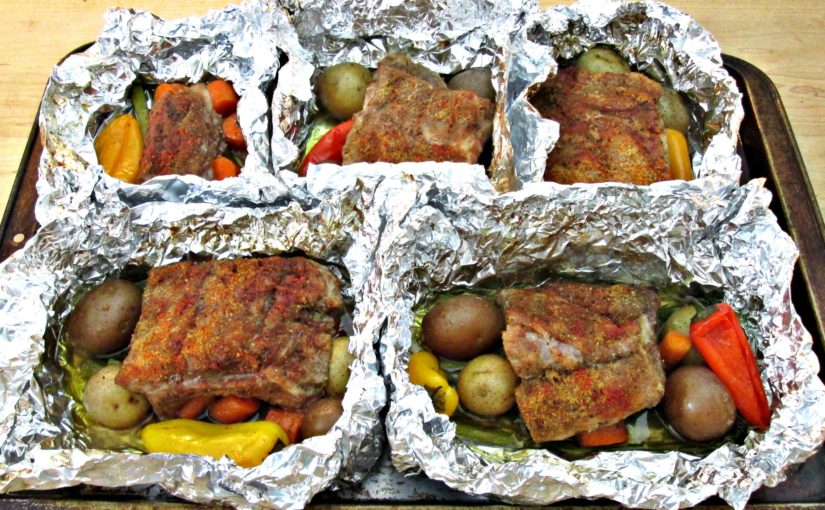 Tin foil dinners were a regular thing for me, growing up. I was a Boy Scout and without mommy and daddy around to cook for me, I had to throw something together that could just be cooked by campfire. I didn’t like hot dogs so hamburger and vegetables was the next alternative. Well, now that I’m full grown, I don’t want little burned bits of under seasoned hamburger. I want ribs and an assortment of vegetables that any gourmet chef would be proud of and this is what I came up with.

The Best Baby Back Ribs

If you want great Baby Back Ribs, they’ve got to be seasoned. We’ve all got our own specific tastes but the key is to lay it on there thick. In my opinion, the only way you can over season ribs is if you add too much salt. That’s why I use Kosher. It’s light, fluffy and a few pinches, spread evenly, seasons the meat perfectly. There’s a variety of different seasoning I use for different recipes but the key is to cook them slow and low, no matter what you decided to season your ribs with. Cook them over some hot coals, in a smoker, barbecue grill or in the oven like I do and the slow and low method will never do you wrong.

In this recipe I use Cumin and Blackened Seasoning. That means there is Smoked Paprika, Garlic and Onion Powder and a few earthy ingredients that really make pork pop. I posted a recipe for Blackened Seasoning a while back if you’d like to put together some for your self.

Veggies and Baby Back Ribs

One pairing that is as sure as death and taxes is vegetables in tin foil dinners and this Baby Back Ribs recipe is no exception. Vegetables that are hard and take longer to cook are the best to use because it takes a few hours for the pork to cook. I chose some small waxy potatoes, carrots, sweet peppers and asparagus. Why I didn’t think to put onion in there, until this exact moment, I’ll never know. Truthfully I was trying to film 2 videos at the same time. 2 hours of cooking time gave me nothing to do so I must have racked my brain trying to get a second video done. Anyway, where was I… oh yeah, the vegetables. They will turn out perfectly with just a little olive oil and salt and pepper.

Cook at 300 degrees Fahrenheit for 2 hours and then expose the ribs and kick up the heat 50 degrees. Bake a second time, with barbecue sauce if you’d like, for 20 minutes.

I’m not listing all of the exact amounts because it’s not necessary. I just bought a small bag of each item and just eye balled the seasoning and I’m confident that you can do the same thing and be proud of your self. Just follow the instructions in the Baby Back Ribs Tin Foil Dinner video tutorial and I’ll show you exactly how to make this. 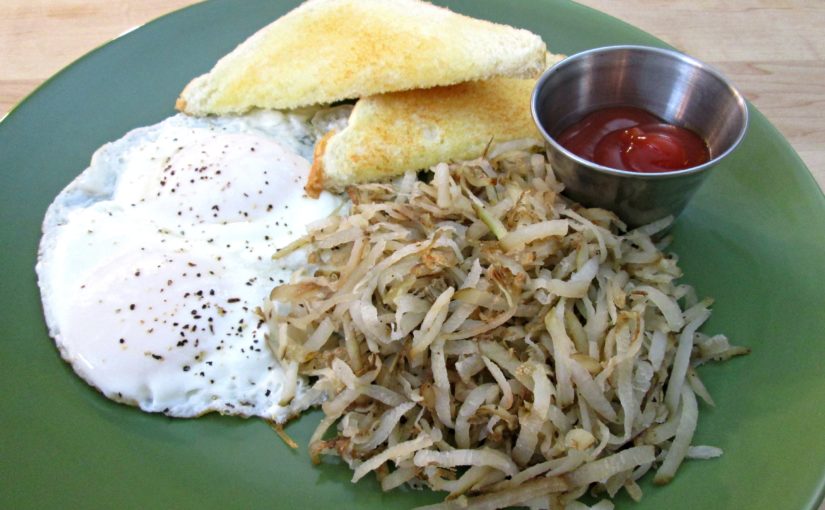 There are several different ways to cook Shredded Hash Browns and it all just depends on how you like to eat them.  Restaurants serve them up differently everywhere you go.  Some people like them flat and formed into a pancake like patty and others like them loose and fluffy.  Personally I’ll eat them either way but I prefer the ladder.  In this recipe, I prepare them Loose and fluffy but I’m going to tell you how to cook the patty style too.  Believe it or not, the secret all boils down to water. In this Hash Brown recipe, I use good old fashioned Russet Potatoes because I like them crispy when I cook them.  Yukon Gold Potatoes are good for patties that stick together.  Although a Russet Potato will stick together fairly well, too, if you don’t rinse them with cold water as much as I’m recommending in the video.  Waxy Potatoes tend to be the world favorite for making Shredded Hash Browns or Potato Salads because they hold their shape better.  Starchy Potatoes, like the Russet get Crispier but the Yukon Golds, in my opinion, actually taste better.  So if you’ve got options and you don’t mind the price difference, choose your spuds wisely.

If you want to trick it up a bit, I highly recommend adding a sliced onion and a few chopped Bell Peppers, for more flavor, when you’re cooking.  I like to added grated Cheddar cheese, over the top too, at the end of the cooking.  There’s a Restaurant here in town that will top your Hash Browns with what they call, “The Killers!”  It’s Sausage Gravy with Bacon, Onions and Peppers cooked right into it and it is amazing.  If you’re interested, check out my Potato Waffles made with Hash Browns and Cheese.  They’re so good, my neighbor asks me to cook them for her birthday. It’s important that you understand that this recipe is for Fresh Shredded Hash Browns and not Frozen.  In fact, this recipe is best cooked immediately after following all of my rinse, parboil and straining steps.  If you were to try to freeze these Potato Shreds uncooked, you’ll end up with a big mess on your hands.  The color changes and they don’t taste good when they’re cooked.  Frozen Hash Brown recipes have a whole different process and I’d love to share that with you in a future post.  In the meantime, please, never freeze uncooked potatoes.

Follow the instructions in the Shredded Hash Browns video recipe and I’ll show you just how easy these are to make.