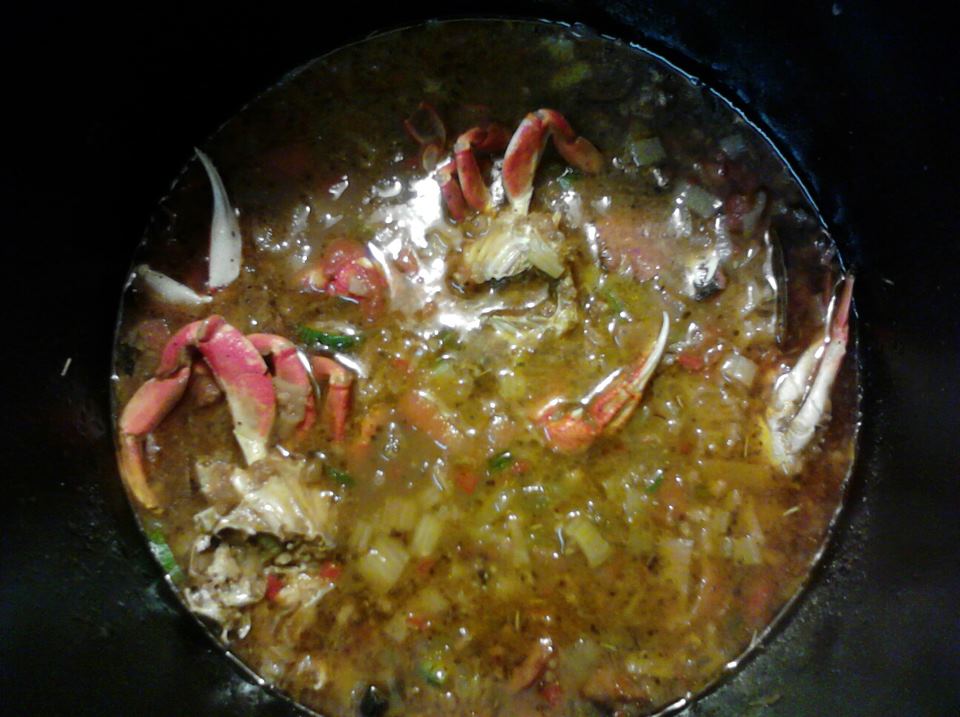 I’m not even going to lie about these Blue Crab and Shrimp Gumbo Recipes because I really didn’t know what the hell I was doing when I was making it.  I sought out the locals and some of my coworkers to get their take on preparation because I wasn’t raised around it and I had only had Gumbo one time before I moved to South Texas.  What I did know how ever is that I fell in love with it the very first and only time that I had tried it, so I decided when I moved to South East Texas that it was time to learn more about it.  I followed the ideas of a recipe that Emeril Lagasse had a 5 star rating on that even he wasn’t responsible for.  In fact the recipe he provided was originally a Chorizo and Seafood Gumbo that was written by someone else.  Then I not only cut the recipe in half but added a few extra personal taste ingredients that ended up working really well.  So well in fact my wife ate the left overs for almost every meal for the next two days after I made it.  So I definitely lucked out with this one and knocked it out of the park once again.

In a large, heavy pot or a Dutch oven over medium heat, combine the oil and flour.  Stirring slowly and constantly, make a dark brown roux, the color of chocolate, 20 to 25 minutes.  Add the chopped onions, bell peppers, chopped celery, and 1/2 pound chopped sausage.  Season with Creole seasoning. Cook, stirring, until the vegetables are very soft, 8 to 10 minutes.  Add the stock and gumbo crabs, stir until the roux mixture and broth are well combined.  Bring to a boil, then reduce the heat to medium-low and cook, uncovered, stirring occasionally, 2 hours. Meanwhile, season the remaining seafood with Creole seasoning. Add the seafood and remaining sliced sausage to the gumbo. Cook for an additional 15 minutes.  Remove from the heat and let sit for 5 minutes before skimming off the fat that has risen to the surface.  Taste for seasonings and adjust. Stir in the green onions and parsley and serve the Shrimp Gumbo in individual soup  or gumbo bowls with the rice and pass the file powder at the table.  This concludes this version of the Blue Crab and Shrimp Gumbo Recipes.