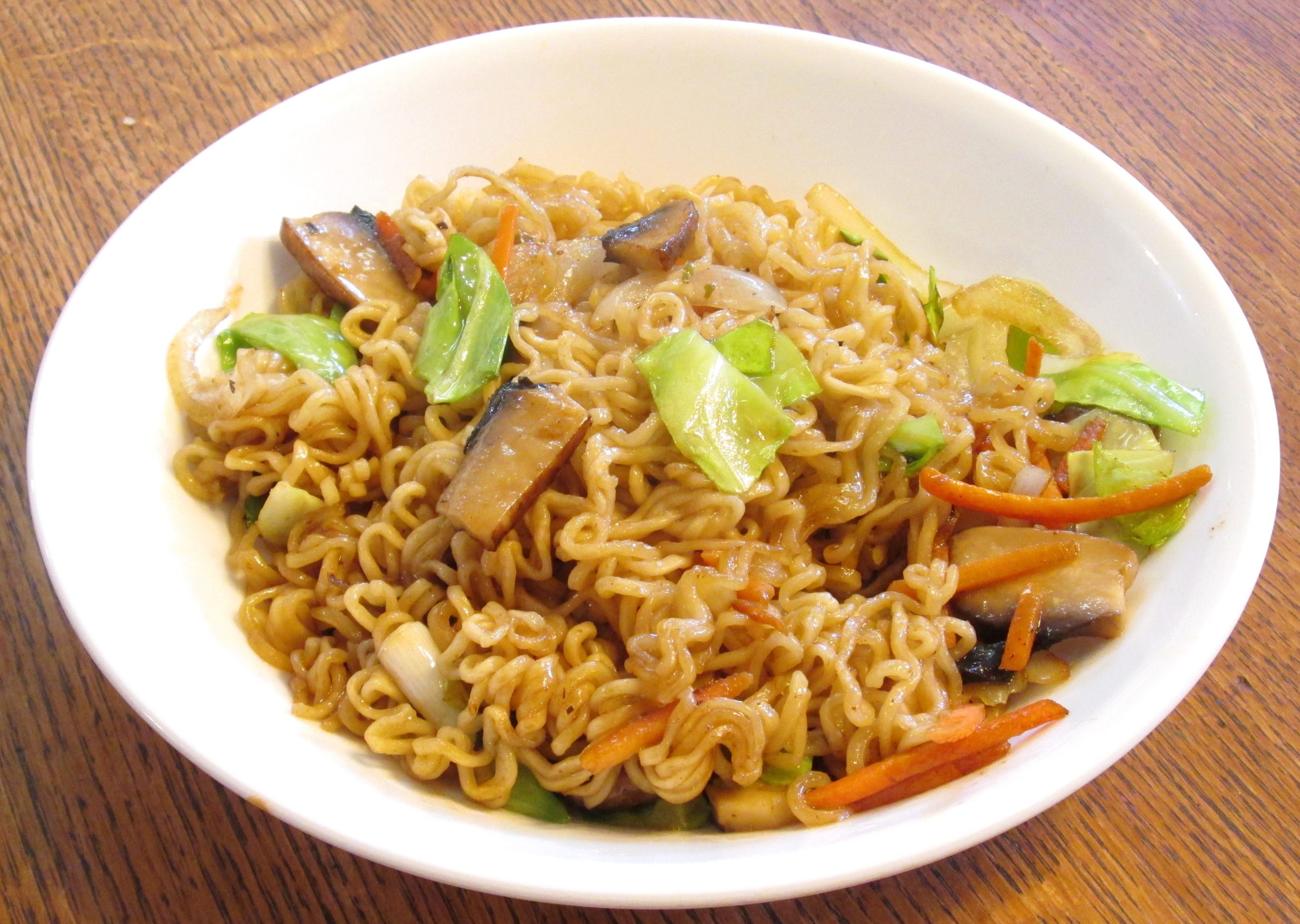 Never use Spaghetti noodles unless you want to fit in with all of the other yahoo’s out there that really don’t know what they’re doing.  You may not know either, but with this Lo Mein/Chow Mein recipe, you’ll be able to wing it like the pros and no one will be able to tell the difference.  You can, however, pull this off with Angel Hair Pasta, but I’m still not recommending an Italian noodle for a Chinese dish.  If you can pick up a soft noodle, something doughy or already cooked near the Tofu and egg roll wrappers in your grocery store, then that’s as good as it’s going to get, unless you make your own.  Though today, I’m going to show you how to do this with an all time very inexpensive favorite of mine, Ramen!  Nissin Top Ramen is what I’m using, with the chicken flavored seasoning packet.  You can literally use any flavor you prefer, but most Restaurants use a chicken or vegetable stock in their kitchen.  So trust me with this one because you’re going to need the broth even after you cook your noodles.

Cook The Noodles Al Dente.  This just means that you need to slightly under cook the noodles.  The reason for this is because they need to be cooked a second time when they are tossed with the vegetables, and this will keep them from getting over cooked and sticky.  Another important tip you need to know is the oil.  I have found that Peanut oil gives a more professional taste to the flavor of the noodles.  Don’t ask me why, because Chinese Restaurants will use Canola and even Soy Bean oil for their noodles, but I just don’t think they bring out that delicious fast food street vendor style of Lo Mein we’ve all grown to love.  For all I know, peanut oil is what the street vendors use.  I can’t be certain but it sure tastes right!

Vegetables should include Cabbage, Onion and Carrot at a minimum, but can also contain Mushroom, Celery and Bean Sprouts.  Feel free to add any precooked meats like, Shrimp, Chicken or Beef.  Rob the 4 ounces of Broth from the Noodle bouillon and mix the sugar and your choice of Hoisin or Oyster to make the Secret Sauce.  Both are good but add a completely different taste so just choose your favorite.  Cook the noodles Al Dente and strain, then cook the vegetables in the peanut oil and garlic for 30 seconds, add the noodles and toss, then poor the “Secret Sauce” into the noodles and stir until the coloring is even through out the noodles.  The whole cooking process, tossing the vegetables and then combining with the noodles, shouldn’t take you more than 1 full minute to complete.  Serve the Lo Mein Family Style, on one plate, then dish out separately.