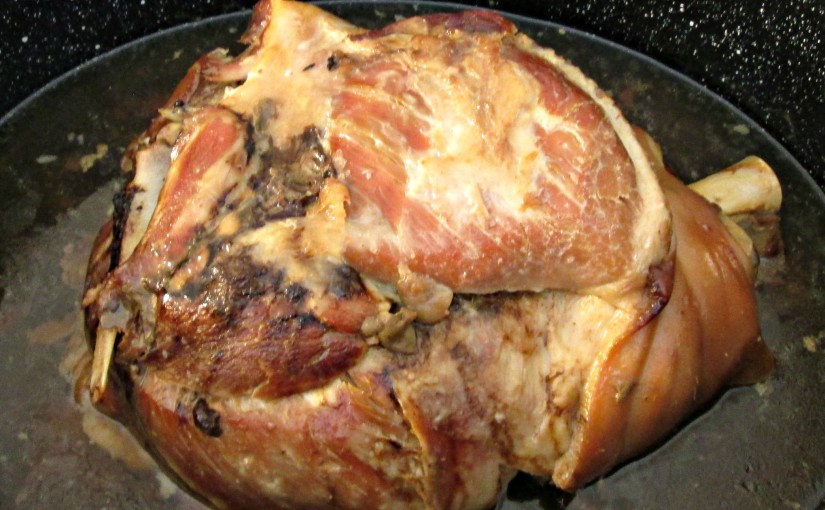 If you’re looking to turn a standard Pork Shoulder or Butt Roast(above) into fall off the bone tender Kalua Pork(below), then you’ve come to the right place.  You don’t have to dig a hole in the ground and wrap the roast in banana leaves or burlap, either.  I’m going to show you a simple recipe that can be cooked right in the oven and the results are absolutely incredible. How to make an Oven Roasted Kalua Pork Roast

This Kalua Pork Roast is unbelievably amazing.  The secret lies in the slow and low method and only two ingredients that give it that authentic fire roasted flavor everyone just devours.  Liquid Smoke and Hawaiian Salt is all you need to take your standard Pork Roast to the next level.  Kosher Salt is the alternative if the other isn’t available to you but there are a ton of other benefits derived from the Hawaiian salt that most people don’t know about and you can read about it HERE.  And believe it or not, it really does effect the flavor and in my opinion its easily twice the difference.  I also like to add a sauce that I partially derived from my Mongolian Beef recipe and it is fantastic over the pork and rice.  Also, Kalua Pork is usually served with Hawaiian Macaroni Salad and my recipe for that is below as well.

Be sure to watch the short video tutorial and I’ll show you exactly how to make this amazing Kalua Pork Roast.

You can also use this recipe to make my Kalua Pork Tamales, Kalua Pork Burritos and my Pulled Pork Fries.