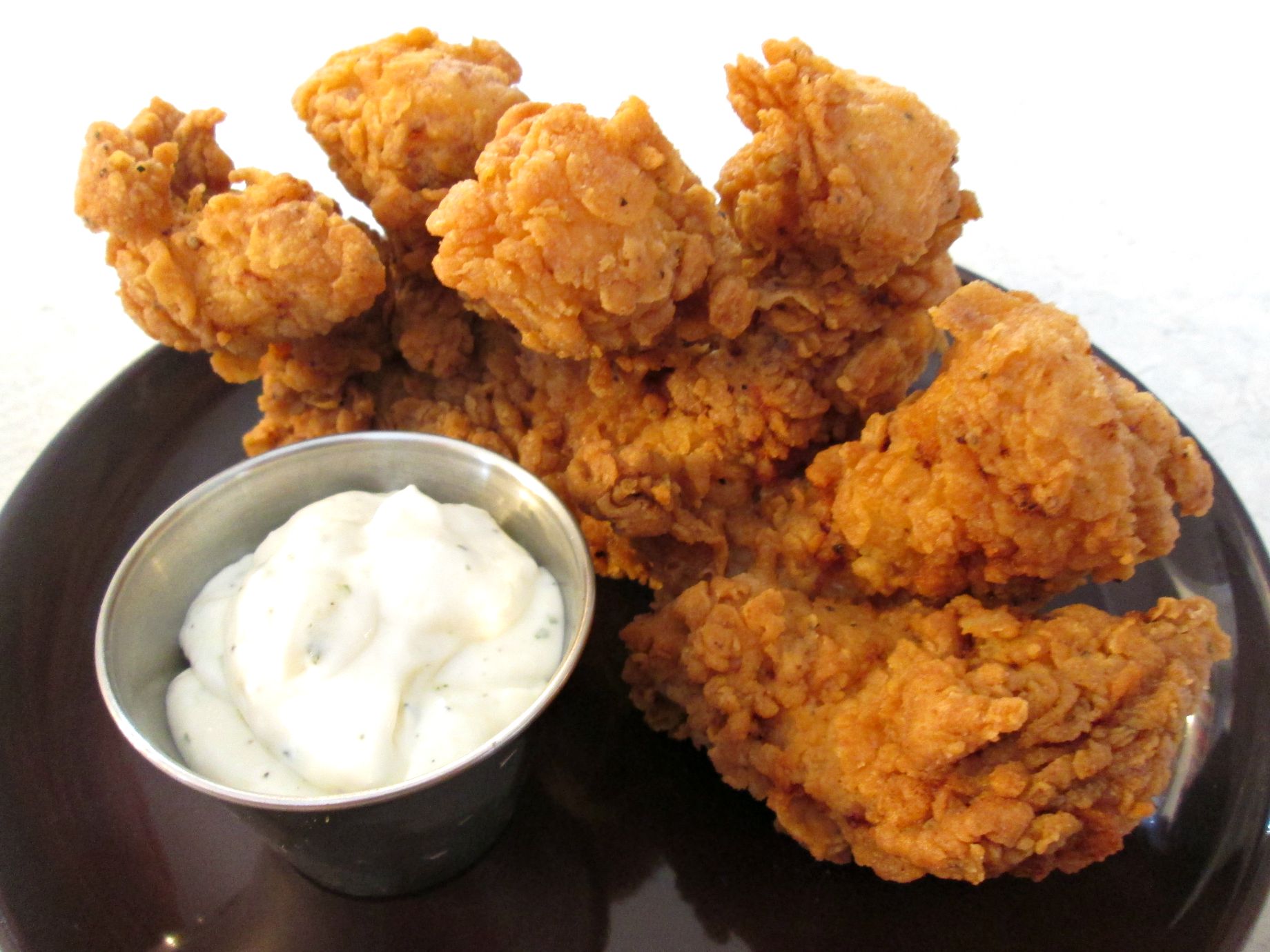 This Rip’N Chick’N recipe is as good as any Fried Chicken I’ve ever had. It’s got everything you’d want and expect from great fried chicken. It’s extra crispy, spicy and the chicken is so tender.  The spice comes from Crab Boil seasoning.  This can be brands like Slap Ya Mama, Zatarain’s or even the classic old bay.  But in all honesty I’m not up to speed on the salt content of old Bay because I never buy it.  So be sure you adjust to your specific tastes if the seasoning it self is lacking salt because I don’t add any additional than what’s already in the crab boil seasoning.  It isn’t needed normally because brands like the two I mentioned previously put enough salt in their mixture to flavor water and that’s a lot.  So be careful. Everyone loves the “Extra Crispy” in their Fried Chicken.  The Crunch you’ll get from the cornstarch and cooking at a higher temperature(375 F).  The High heat cooks the chicken faster and because we cut our breasts in half it will only take half the time it would normally take and this will give you a more tender and succulent meat.  I’ve also included the way I like to make a creamier ranch dressing with just the store bought packaged seasoning.  What I didn’t mention in the video though however is that you can add some kick by adding Wasabi Paste or something like Sriracha!  Even though the idea of this Chicken recipe is based on Popeye’s Chicken, this is NOT a copycat recipe.  I simply made this the way I like to make my chicken.  So give this a try and thank me later because you won’t regret it!

I’ve included a few other Southern traditional recipes to go with this Fried Chicken if you’re interested in Fried Okra and my Jambalaya recipe.

Cook at 375 degrees Fahrenheit for 6 min. or until golden brown.  Let your Extra Crispy Rip’N Fried Chicken rest for a few minutes before serving.