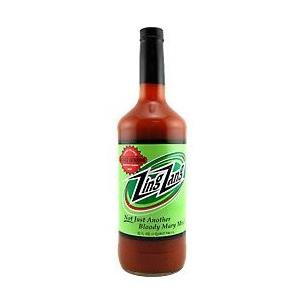 The last time I was in Las Vegas, I ended up leaving my $400 a night hotel, The Mirage, for what I was told was an all you can eat Sushi Bar.  Many times over, have I learned not to trust freinds of “friends”, and WOW, was this one of those times.  All we had was an address and a cab driver that knew how to get there, and little did we know that we weren’t going to a Sushi Bar like we were told.

We pulled up to an old apartment building in an old neighborhood that was straight across from a 7-eleven.  A statue of an Indian Chief sat out front but no sign of a Sushi Bar in any direction; no restaurant in site.  A phone call was in order.  We told the cab driver to wait until we got this figured out.  Then we got the “Friends of Friends” on the phone.  “Yup, you’ve got the right place” they said, and out they came from the door behind the wooden Indian.  We walked into the worst cluttered living room style bar I have ever seen.  Not that I’ve been in any bar’s that looked like a living room, but this one sure did.  All the trinkets and little ornaments you could’ve ordered from the home shopping network covered the shelves, walls and end tables of this dumpster dive of a business, and they were calling it a bar.  And, as it turns out, owned by the number one Elvis impersonator in Las Vegas, Nevada!  Boy were we in for a treat I thought but little did I know that I was about to be introduced to the best Bloody Mary I have ever had, made by, yep you guessed it, the number one Elvis impersonator himself.

Now I don’t know how tall Elvis was but this guy had to be at least 6′ 4″, because this guy was in loafers and he still towered over me, and I’m 6 foot.  How do I know?  Because when he made his entrance in his Mustard yellow double breasted suit, you  couldn’t help but notice every detail; loafers with no socks, suit with no shirt but a carpet chest that made up for it.  He had the hair, the side burns, gold necklace and the seventies style square rimmed sunglasses that Elvis bloomed in full season, and he was smoking a six inch cigar the size of quarter.  With that kind of image burned in my mind, how would I ever forget?

Long story short, this guy, Mr. number one Elvis impersonator, with awards all over his wall to prove it, made me a Bloody Mary in a 10 inch Mug that literally was the Bomb!  I don’t know what he was using, I didn’t see how he made it, but this Bloody Mary was hands down the best Vodka induced drink I have ever had the pleasure to wrap my hands around.  Nothing since has ever compared.  That is until I found “Zing Zang”!