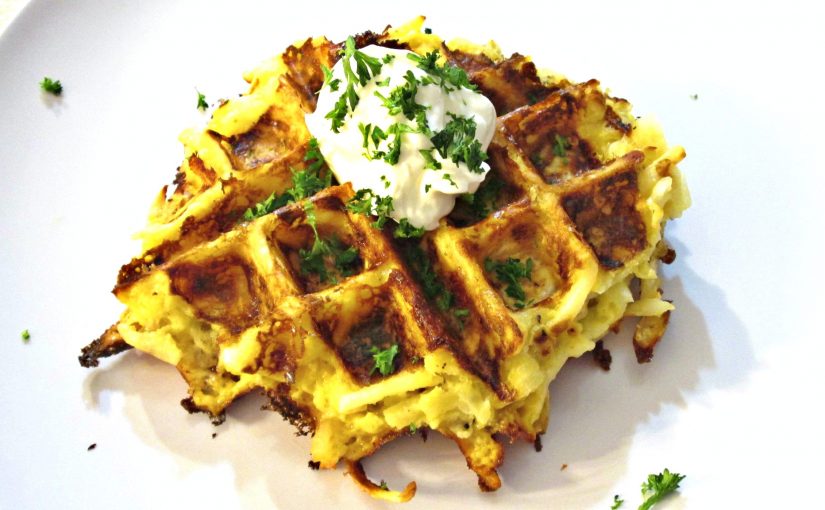 The Best Hash Browns are Waffled

You are going to LOVE this Potato Waffle recipe.  Mostly because I’ve stepped up the ingredients from most of the recipes out there that really fall short in flavor.  I’ve added Cheese and a few other ingredients I think you’ll really enjoy and appreciate.  The simplicity is unreal and it makes it a fun weekend addition to any breakfast or lunch you might wake up hungry for.

If your interested in learning How to make Shredded Hash Browns from scratch, I have a great video tutorial for you.  I also have an amazing gravy recipe that was designed for Hash Browns, by one of my local diners, called, “Killer Hash Browns“.  They are so named for their “Killer” ingredients; sautéed onions, peppers, cooked bacon and sausage and cheese.

Be sure to watch the short video tutorial and I’ll show you exactly how to make these incredible Potato Waffles with Hash Browns and Cheese.