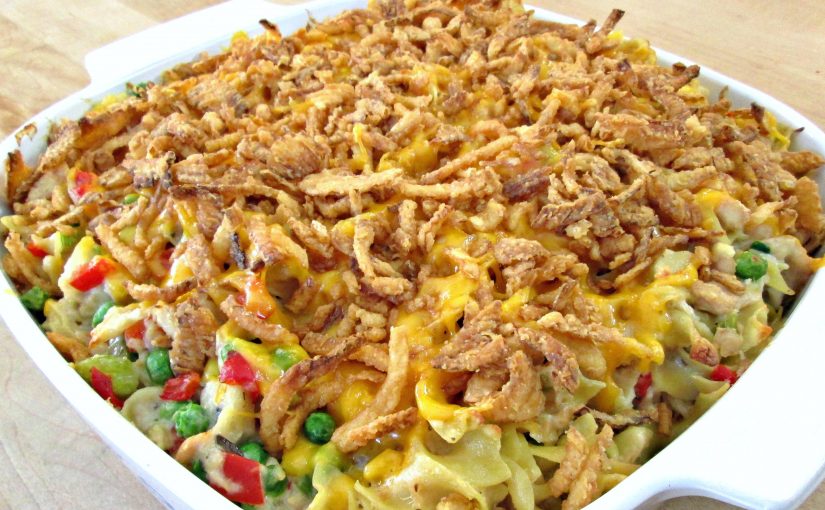 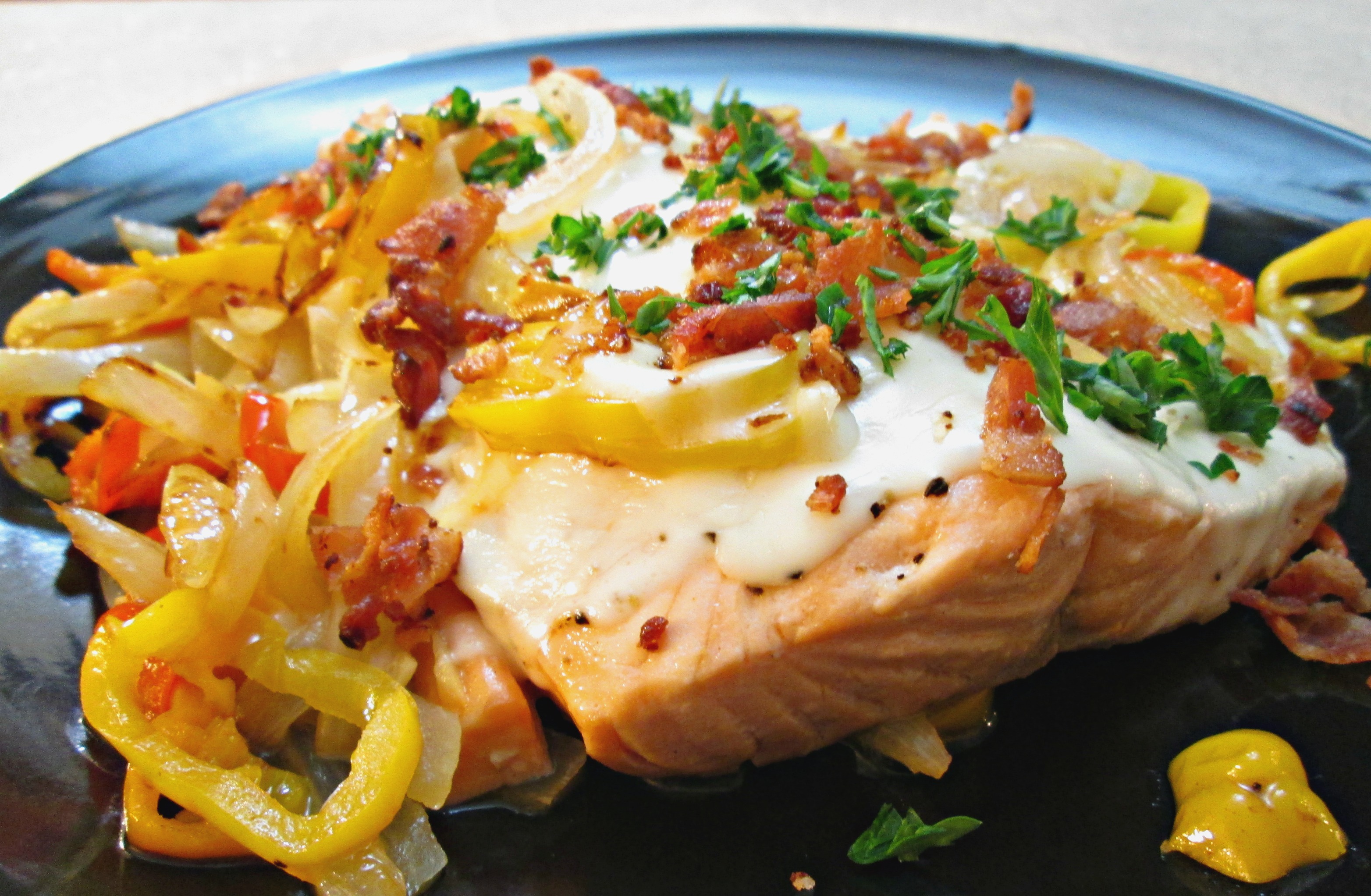 This Smothered Salmon recipe is something I came up with years ago.  My wife has a serious love for this fish so I wanted to create something that was undeniably the best and believe it or not, this recipe can be prepped and cooked in just 15 minutes.  It has a Garlic, Wine and Butter Broth that is just amazingly smooth.  I actually use this to saute the Onions and Peppers as well as steam the fish.  I like to prop the Salmon right over the top of the veggies so the filet can steam from below as well as from above when I top the pan with a lid.  Then after just a few short minutes I smother the fish with Mozzarella Cheese, then cover back up with the lid long enough for it to melt.  Once it has, you have a perfectly cooked Salmon that is ready to serve.  Total cooking time is, approximately, 6 to 7 minutes.  And once it hits the plate, I dash pieces of Bacon, I sprinkle freshly chopped Parsley and then I splash some Balsamic Vinegar right over the top.