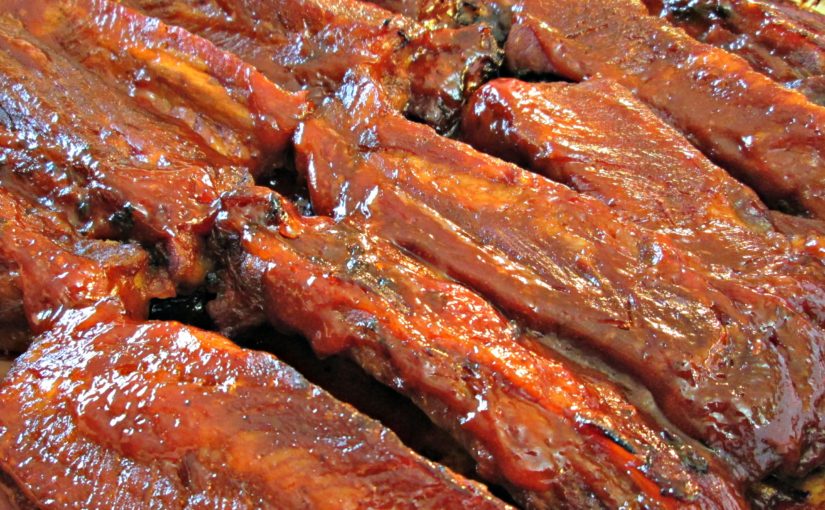 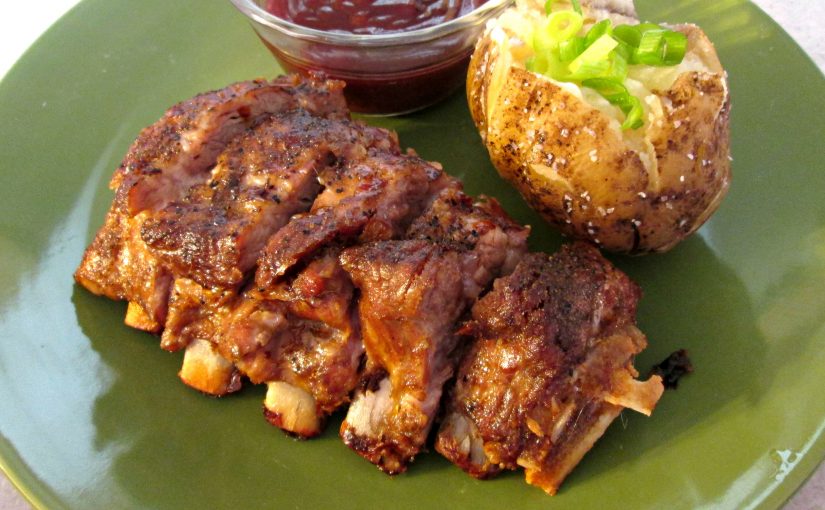 This Oven Baked Ribs recipe is designed to make everyone happy with that outdoor grilling or smoker taste, texture and tenderness.  This isn’t a spicy recipe but it can easily be converted if you’re looking for more kick.  The main purpose and idea behind this technique is to resemble the expensive time consuming style of professional smokers without the added expenditures.  This Rack of ribs cost me under $8 bucks and it fed my family of 5 without even another dollar worth of seasoning added.  Beat that at your local Steak House! The slow and low method is what’s really going to bring these Oven Baked Ribs to life.  If you do it the way I demonstrate, your ribs will end up with a light crispy outside and a juicy fall off the bone tender bite that will just melt in your mouth with every nibble.  Liquid Smoke will get you that “Fresh of the Grill” taste and then all you have to do is season the meat with Salt, Pepper and Cumin Before you take it to the oven and bake.

Be sure to watch my Oven Baked Ribs video tutorial down below so you know for sure how to do it the way Poor Man’s Gourmet Kitchen does it.  And if you’re interested in looking at one of my other rib recipes or possible side dishes to go along with this one, check out my Barbecue Spare Ribs(P.F. Chang’s recipe), my Salted Baked Potatoes, or my Garlic Mashed Potatoes and my pan fried Asparagus.

Be sure to watch the short video tutorial and I’ll show you exactly how to make the most fall off the bone tender, Oven Baked Ribs.

Pull the Membrane and season the ribs.  Place in an oven safe pan and lightly cover with Tin Foil.  Bake 300 degrees for 2 1/2 hours.  Then 350 degrees for 30 minutes with the tin foil pulled off and serve your Oven Baked Ribs. 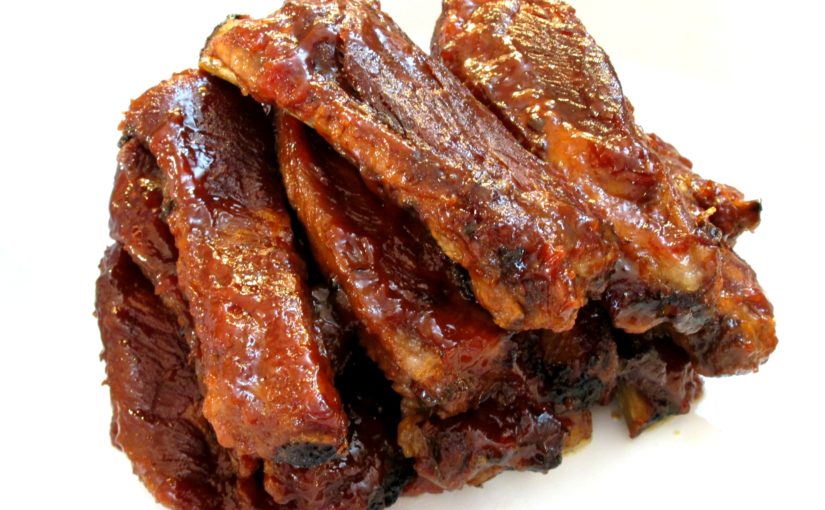 BBQ Ribs Must be Tender!

Luckily I’ve learned a thing or two about BBQ Ribs.  I say luckily because I’ve had a few occasions where I’ve been able to make them for large groups of people and the last thing anyone would ever want is to bite into a tough flavorless rib, after hours of looking forward to them.  I say hours now because that’s what it’s going to take to get your BBQ Ribs to perfection.  I don’t know what your basis of comparison is or what your understanding and expectations are exactly when you are cooking BBQ Ribs so let me lightly brush up.

Time and temperature are everything, as equally as marinating and moisture.  Anyone that has ever eaten a dried out rib knows what I’m talking about.  But, just to be clear, when I order a BBQ Rib, I want it to be tender, juicy, succulent and full flavor.  I love it to be saucy but I also like it to have that fire roasted sear around the edges.  In my opinion, that’s the perfect rib. So now that you know what you can expect from this recipe, let me show just how easy it is, because this is not only going to blow your mind, it’s going to change the way you do ribs forever.  The cooking takes 3 hours, but the amount of work you put into the actual preparation literally only takes 10 minutes.  Is that awesome or what!  This is an older video recipe of mine when I first started Poor Man’s Gourmet Kitchen, so I apologize for the video quality, but I just realized I never wrote anything about it.  So that’s why I’m re-introducing it to you today.  And if you like Honey and a Smokey Taste to your ribs, I recommend you mix Krafts Honey and Hickory Smoke BBQ flavors.  It has a surprisingly great flavor, I’m serious!

All you need is a rack of spare ribs and your favorite BBQ Sauce.  And if you’d like an extra kick, sprinkle seafood boil seasoning over your ribs before you drowned them in sauce.  That’s it that’s all.  Separate each rib individually, or in threes, which ever you prefer.  Just make sure they get covered in a pan and baked for 2 ½ hours at 300 degrees, then uncovered and baked at 350 or taken to the BBQ grill for searing.  If you decide to leave them in the pan, it isn’t a bad idea to drain out half of the liquid accumulated in the pan from the 2 ½ hour bake.  I like to drain it and add more sauce to each rib then bake or grill for the next half hour (5 minutes on a grill).  If you do your BBQ Ribs like this, I promise you that your guests will think you spent all day on your ribs!