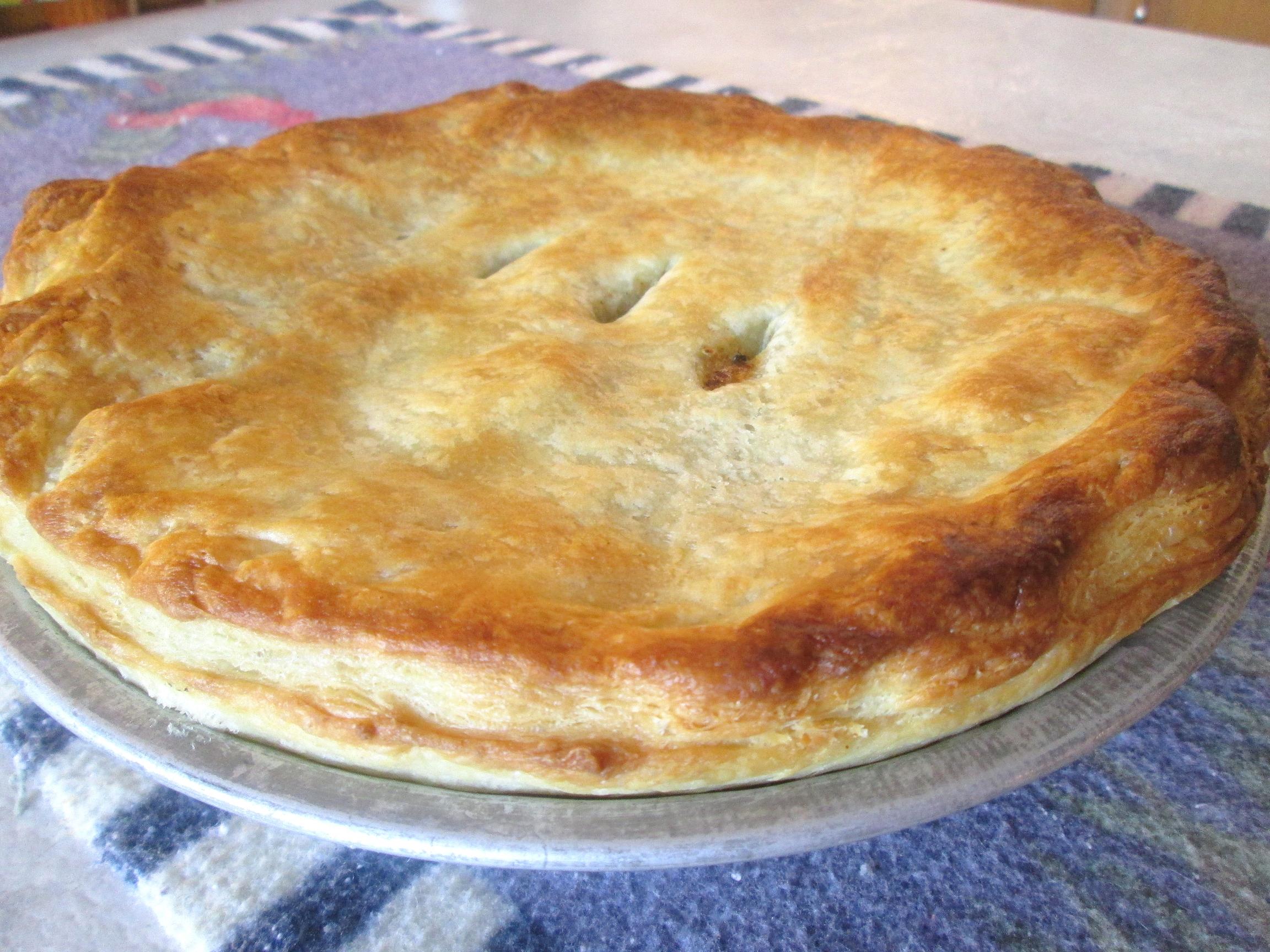 I thought I was a genius when I first came up with the Southwestern Chicken Pot Pie, but as it turns out, I didn’t come up with it.  Here I was, making Southwestern Egg Rolls for the family and toying with the notion of filming them, which I didn’t,  then later that evening, I was scrolling through Pinterest when I saw a picture of a traditional Chicken Pot Pie made with Grands Flaky Layer Biscuits.  Needless to say, that’s the exact moment lightning struck my brain. Southwestern Chicken Pot Pie!  I even knew how I was going to make it.  But did I do any research before it was done?  The answer isn’t just no, it’s Hell No!  I was sure my idea was so ingenious that I was just going to pave the way to a new Frontier Pie.  Boy was I wrong.  The only real reassuring and comforting thing I can say after discovering other recipes for the same thing is that my recipe tasted great, and I didn’t consult with any book or anyone to make it, and it was exactly how I envisioned it!  So check out the video and the ingredients below and hopefully you’ll be convinced to try this for yourself next time you’re craving a homemade Pot Pie.

Combine all the vegetables first and season with Garlic Powder and 1/2 tsp of the Chili Powder.  Prepare and Cook the Chicken in 1/8 cup cooking oil and season with the rest of the dry seasonings, then combine the cooked chicken with the Southwest Blend.  Using the same skillet melt 1 tbsp butter, add 3 tbsp flour, stir to form a light Roux, then slowly add 2 cups of Chicken Stock to make a gravy, then poor the gravy into the Southwest Blend.  Now fit one Puff Pastry Sheet to a well greased pie tin and trim the edges.  Add the Southwest Blend to the pie until it reaches the Brim.  Fit the Second Puff Pastry Sheet over the top and press the edges firmly in a circular motion around the pie to combine the top and bottom crust.  Again, trim the edges, then oil the top or egg wash and cut 3 small slits in the center of the Pastry dough for baking ventilation.  Bake the Southwestern Chicken Pot Pie at 425 degrees for 15-18 minutes, or until golden brown, and serve.