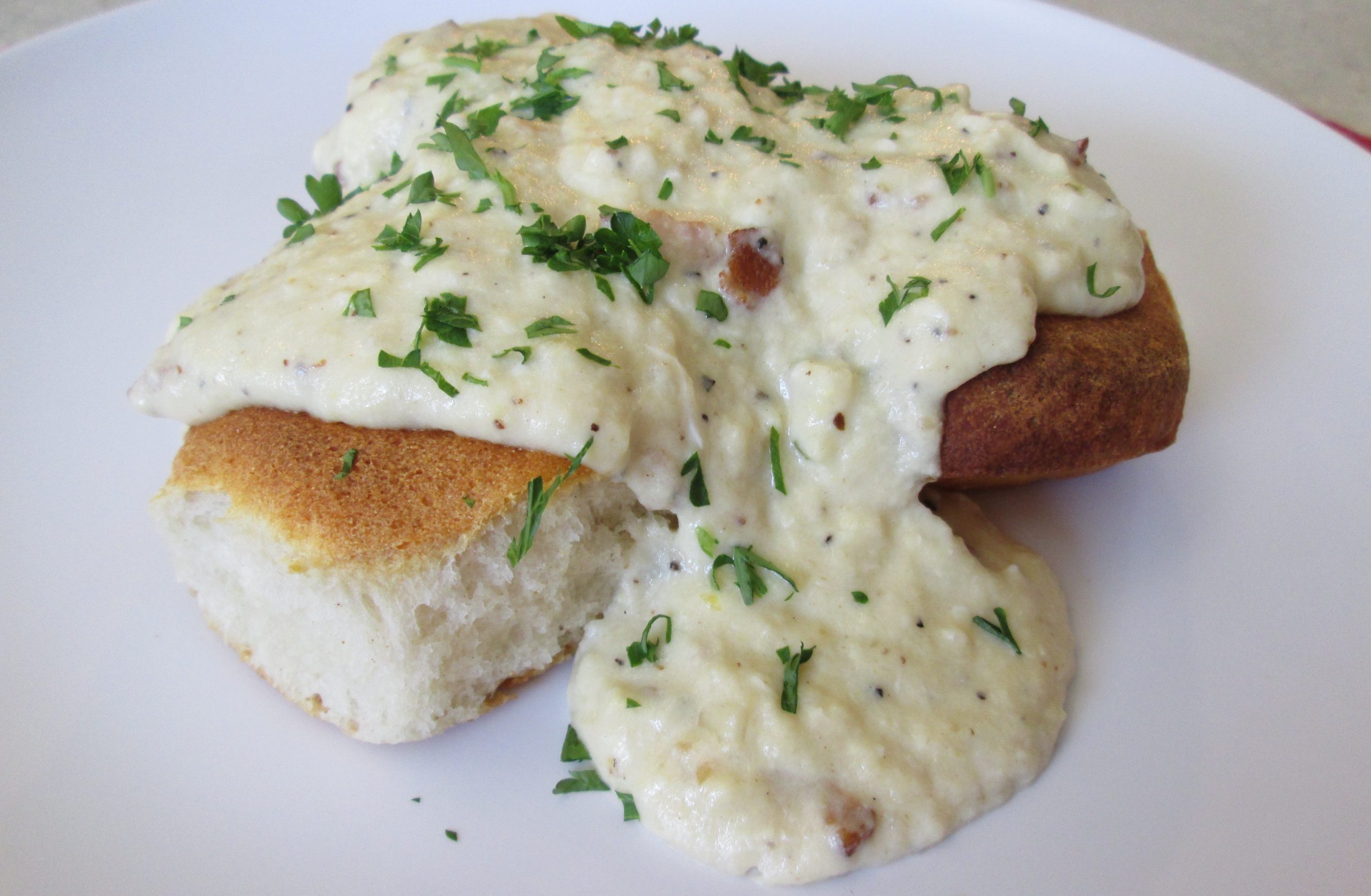 Slice your bacon into 1/4 inch pieces and chop the Green Onions into Scallions.  Over medium high heat cook the bacon thoroughly, then add the onions.  Separate the bulk from the bacon grease and add the flour to make a Roux.  Once it becomes thick and darkens a bit, add the milk a half cup at a time.  Bring the gravy to a light boil before you add each half cup and whisk the clumps of flour that thicken in the milk until the mixture becomes smooth.  Go back and forth like this until the milk is gone, then add the eggs.  Once you’ve stirred in the eggs and they are cooked add the cream and simmer until it thickens for the last time.  Serve Egg Gravy over Hand Torn Pieces of toast or your favorite biscuits.