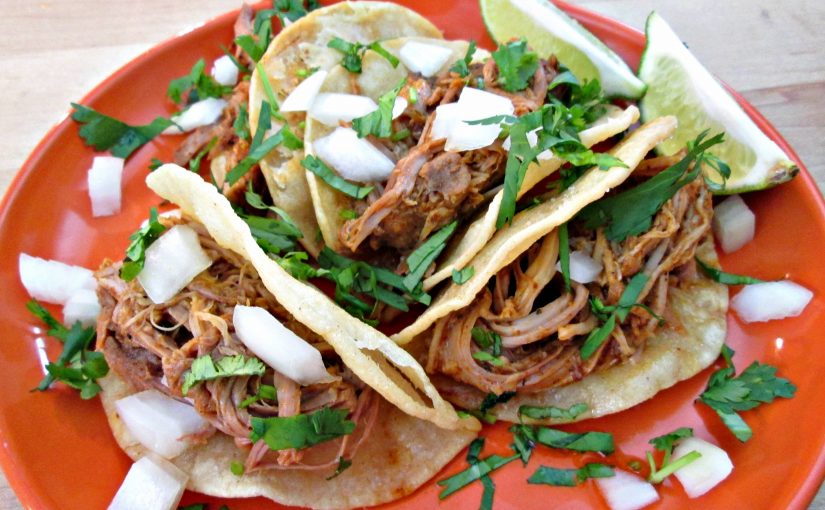 Usually, when I hit a grand slam, I’m either running the bases or shoveling food in my face at Denny’s. Which one of those two moments do you think this is? If you guessed Denny’s, you’re half right. Only, this time, I’m stuffing my face with this amazing Barbacoa Pork recipe because it’s a winner.

In case you don’t know, Barbacoa is a recipe that was developed years ago in the Caribbean and it’s where the word barbecue derives. It’s usually prepared with beef meat, from the head. Sometimes goat or lamb is substituted for more gaminess and flavor(I think that’s a made up word, “Gaminess?” idk).

In this recipe, I use a Pork Picnic Roast(shoulder), and I used the Barbacoa Beef recipe that I filmed and posted a couple of years ago and transposed it for pork by adding Cilantro and Orange juice to the ingredients. That might sound crazy but it works, good I might add. And, Carnitas has Orange juice in it so, don’t even sweat it. Anyway, I only compare the two because of the mad similarities; they’re both pork recipes, with similar ingredients, cooked for long hours at a time and they both make excellent tacos.

In my opinion, the best tacos are fried tacos and this Barbacoa Pork recipe is no exception. I do occasionally double stack corn tortilla’s and eat my tacos soft but, nothing beats a little hot oil and some salt, to crisp up and flavor a boring tortilla. Then, I just keep it real with some simple condiments; onion, cilantro and lime. No need for salsa because the fresh flavor and spice is already in each bite. If you want to check out my Pico De Gallo recipe, however, I’m not going to stop you.

Follow the instructions in the Barbacoa Pork video tutorial and Bake the marinated Picnic Roast at 200° Fahrenheit for 12 hours. For Tacos, I recommend Corn tortilla’s, raw or fried topped with Barbacoa Pork and Garnished with chopped Onion, Cilantro and Fresh Lime. 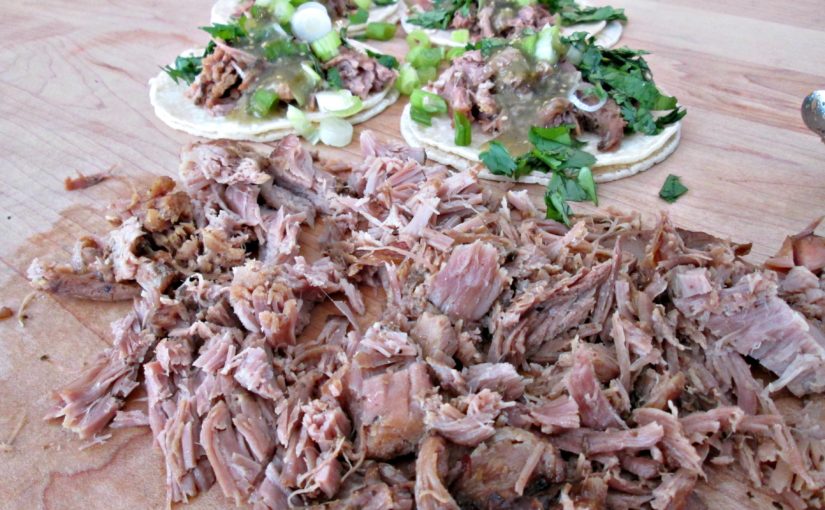 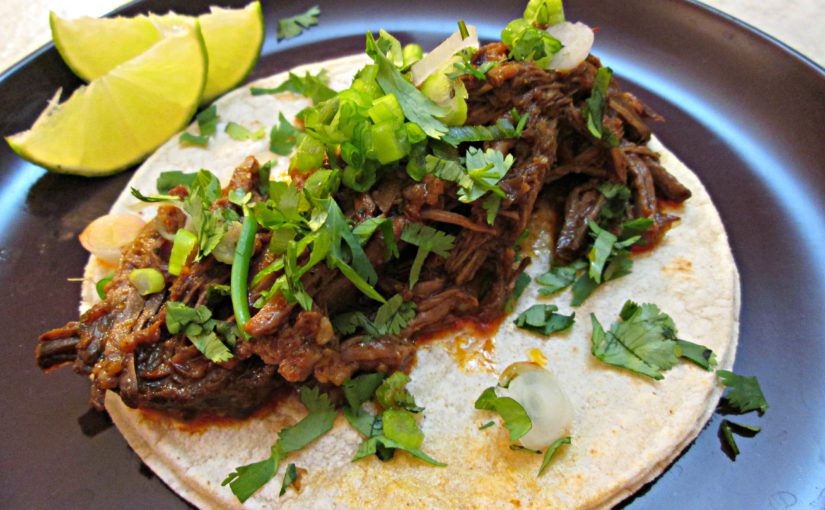 In my opinion, Barbacoa is especially delicious and this recipe is no exception.  I’ve studied and sampled various recipes over the years and I believe what I’m offering you today is, as always, geared towards the best of the best.  It’s meaty with a medium to a hot kick you can control, with plenty of seasoning and spice.  And this particular dish will turn your entire home into what smells like an authentic professional restaurant. How to make Barbacoa the Best

You’re going to find that the bulk of this Barbacoa recipe is cooked with a 4 lbs Beef Chuck, just to keep it simple.  But you can take this a step further by adding Oxtails, Cheek Meat or pork spare and baby back ribs to up the gaminess; which I highly recommend but it’s not required.  You’ll still turn out some amazing Barbacoa following this easy recipe.  You’re also going to need my Homemade Enchilada Sauce to complete this recipe but I’ve added the ingredients to the list below as well as the link to the originally post if you need it.

For more fun recipe ideas and authentic Mexican food check out these recipes:
Chipotle Chicken for Tacos and Burritos, Street Tacos, Mexican Corn on the Cob.

Bake Barbacoa for 4 hours at 275 degrees Fahrenheit and serve in Tacos, Burritos, Tortas or on a plate with rice.