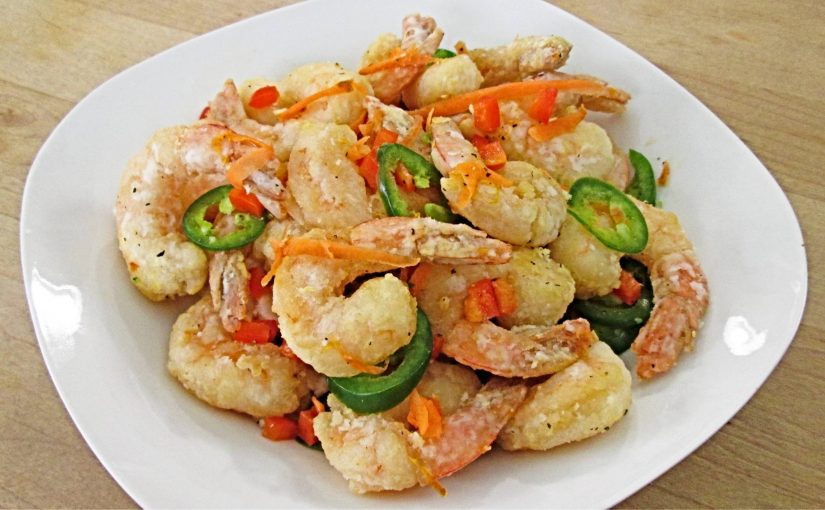 If you don’t already know, Salt and Pepper Shrimp is a Chinese fried shrimp recipe developed by the Cantonese in South China. Much like the united states, the food is different and diversified in the south and practically has an entirely separate culture mixed into their food.

Though I use peeled shrimp in this recipe, this dish is usually fried with the shell of the prongs still intact. The coated breading is also traditionally thin. Instead of a thick batter, on the outside of the shrimp, or even a light tempura, the marinated shrimp are tossed in potato starch, which give the shrimp a thin crisp texture.

The dish is finished with Kosher salt and coarse ground black pepper, a garnish of spicy chili peppers and fresh grated carrot. I like to use both Jalapeno and sweet lunch box peppers, however, to make the flavor more diverse on the pallet.

Follow the directions in the short video tutorial and I’ll show you exactly how to make Salt and Pepper Shrimp.